We were delighted to help the eldest member of our congregation George Taylor celebrate his 100th Birthday. We had a celebration lunch for him after our church service on 19th January, (his actual birthday being Monday 20th January.

George had been baptised at All Saints in 1920, attended Sunday School bought along by his sister Lucy when he was 5, and sung in the Choir when he was older.

George joined RAF at the outbreak of the second world war and trained as a Navigator and flew with Bomber Command. He was sadly shot down and rescued from the North Sea by the RNLI, and following a spell in hospital and recovered from pneumonia was told he couldnt be part of flying operations any more. He wasn't deterred and retrained as a ground engineer and worked as such until the end of the war.

He married his wife in 1942 and they had a happy and long time together.

The celebrations were helped with the support of the RAFA who attended together with some representatives of the RBL, which George didn't know was happening. He has lived locally throughout his life and is a mine of information and he recalls events and names and is amazing.

As part of his celebrations he was presented with a model of the plane that he flew in made by one of our congregation. 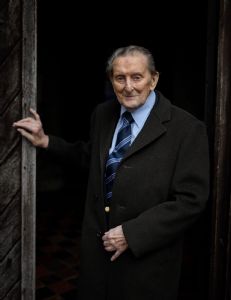 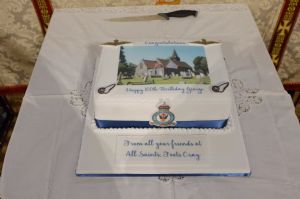 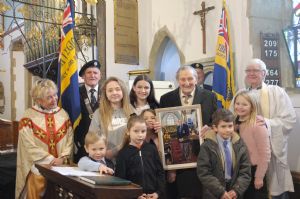 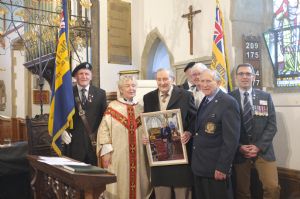 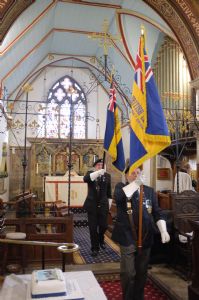 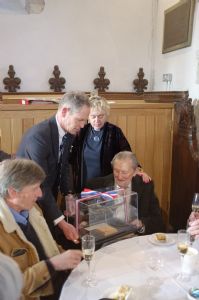 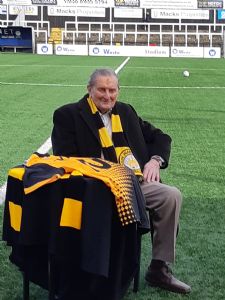 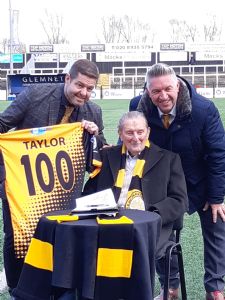 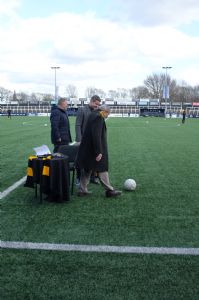 He was signed up again to the club, interviewed by Sky Sports and kicked the ball.

HAPPY 100TH GEORGE FROM EVERYONE AT ALL SAINTS

& A BIG THANK TO CRAY WANDERERS